Today we will talk about when music and design run into each other.

We know that album covers sound a little bit old-fashioned, however for sure it is not in view of the fact artists are releasing singles every day on music streaming apps and those songs need an individual cover sometimes.

Here we will show some classic rock albums and their stunning covers.

Pink Floyd – Dark Side of the Moon

Created by Storm Thogerson, he developed a lot of album covers for Pink Floyd, although this one is absolutely the most remarkable.

The idea was to transmit the song’s complexity by using a light beam reflecting on a prism in addition to transforming itself in multiple colors.

It says to people that the songs seem to be barely a simple sound, furthermore, they are complex sonorous information.

Storm worked with a vast number of great bands like Black Sabbath, Muse, Led Zeppelin, and The Mars Volta.

This is the famous “banana album” developed by Andy Warhol, the album will celebrate 55 years old in 2022.

The lyrics are strong as well as talk through controversial themes like drugs usage, prostitution, sadomasochism, and dangerous sexual behaviour.

On the cover is written Peel Slowly which means that the fans need to “Pell” the songs to comprehend it.

It seems that 1967 was a very important year when we are talking about music. As a result, this album will celebrate 55 years old in 2022 as well.

Sgt. Peppers caught the attention of the public instantly in the image you will see 57 people represented by drawings, photos, wax sculptures, the idea was to create a connection between the band and the fans, so the album also has some fake mustaches, therefore, the public could play and glue it wherever they want.

This job was a partnership between the Beatles and Peter Blake.

All people there are somehow the Beatles idols, it was a tribute to them.

Designed by Klaus Voormam, he produced five drawings applying his unique style mixed with some photos shooted by Robert Whitaker.

The band appreciated the job in view of the songs being a mix of psychedelic and simplicity.

Designed by Joe Garnett, this job was remarkable because it was the beginning of a new era for the band after Jim Morrison’s death.

The musicians were focused on producing something unusual to enter this new phase with an experimental and progressive style as well as the album’s cover shows it clearly because it has many nonsense illustrations.

Created by the genius Hans Hudolf Giger, he is Alien’s creator.

It was the first Steve Stevens’ album and the last developed by Giger.

The art has Giger’s unique signature, dark images, metal machinery extremely common on his portfolio mixing human bodies with industrial pieces, in that case, it is a human-robotic alien playing the guitar.

A hundred percent of Iron Maiden’s album covers are illustrated, and most of them were designed by Derek Riggs.

In this particular one, Riggs created Pharaoh-God-Eddie-Horus.

Eddie was created for the band in the ’80s and it has been utilized as a mascot ever since.

Designed by Ken Kelly, this successful album has two covers: the blue one is the most common, and the brown one was released to celebrate the 35th album’s anniversary in 2012.

The four musicians are placed in front of the ruins of a burned city.

Here we listed eight great album covers, did we miss anyone?

Just write it down in the comments. 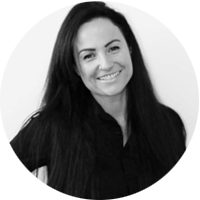